In an amazing book titled The Normal Bar, authors Chrisanna Northrup, Pepper Schwartz, and James Witte conducted an online study with 70.000 people in 24 countries. They were curious about what might be different about couples who said that they had a great sex life, compared to couples who said that they had a bad sex life. Even with the limitations of self-report data, there are some fascinating implications of their results.

Fact: couples who have a great sex life everywhere on the planet are doing the same set of things.

Additionally, couples who do not have a great sex life everywhere on the planet are not doing these things.

Inspired by the Normal Bar study, as well as by my own research studies on more than 3.000 couples over four decades, I’ve identified 13 things all couples do who have an amazing sex life.

In short, they turn toward one another with love and affection to connect emotionally and physically. In the Normal Bar study, only 6% of non-cuddlers had a good sex life. So Perel’s intuition runs counter to international data. What is very clear from the Normal Bar study is that having a great sex life is not rocket science. It is not difficult.

Fact: couples have a bad sex life everywhere on the planet.

The Sloan Center at UCLA studied 30 dual-career heterosexual couples in Los Angeles. These couples had young children. The researchers were like anthropologists – observing, tape-recording, and interviewing these couples. They discovered that most of these young couples:

One researcher on this project told me it was his impression that these couples spent only about 35 minutes together every week in conversation, and most of their talk was about errands and tasks that they had to get done.

So, if we put these two studies together, what does it tell us? It says that couples should not avoid one another emotionally like Perel recommends, but instead follow the 13 very simple things that everyone on the planet does to make their sex lives great.

Emily Nagoski’s wonderful book Come as You Are talks about the dual process model of sex. In the model, each person has a sexual brake and a sexual accelerator. In some people the brake is more developed, and in some people the accelerator is more developed. It’s important to learn what for you and for your partner steps on that sex brake, that says, “No, I’m not in the mood for lovemaking.”

Great sex is not rocket science. By being good friends, by being affectionate (yes, even cuddling), and by talking openly about sex, couples can build a thriving relationship inside and outside of the bedroom.

Text by John Gottman on www.gottman.com 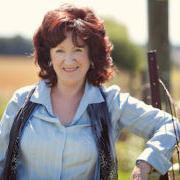 14 ways to create the best relationship of your life

To Fall in Love With Anyone, Do This